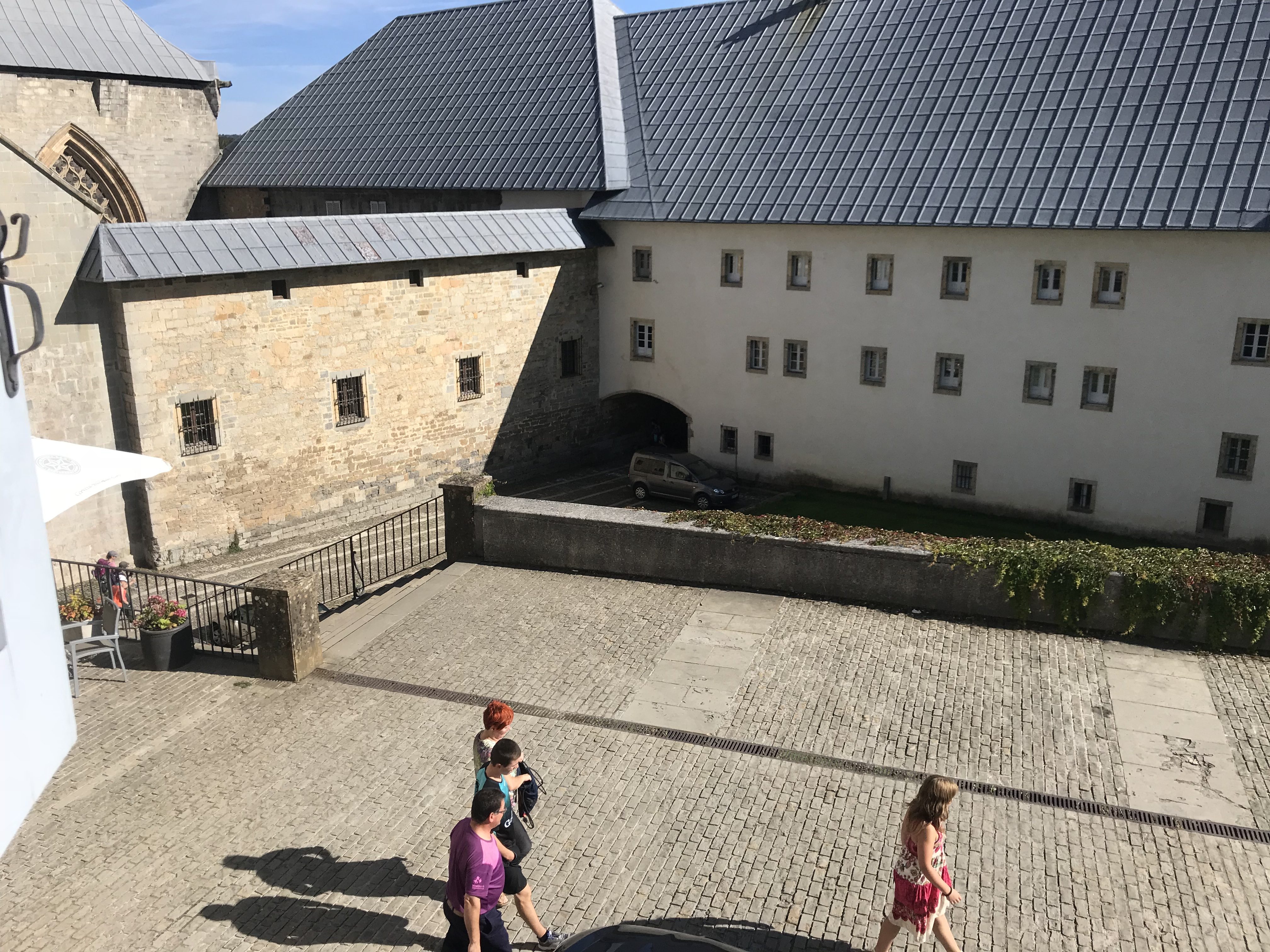 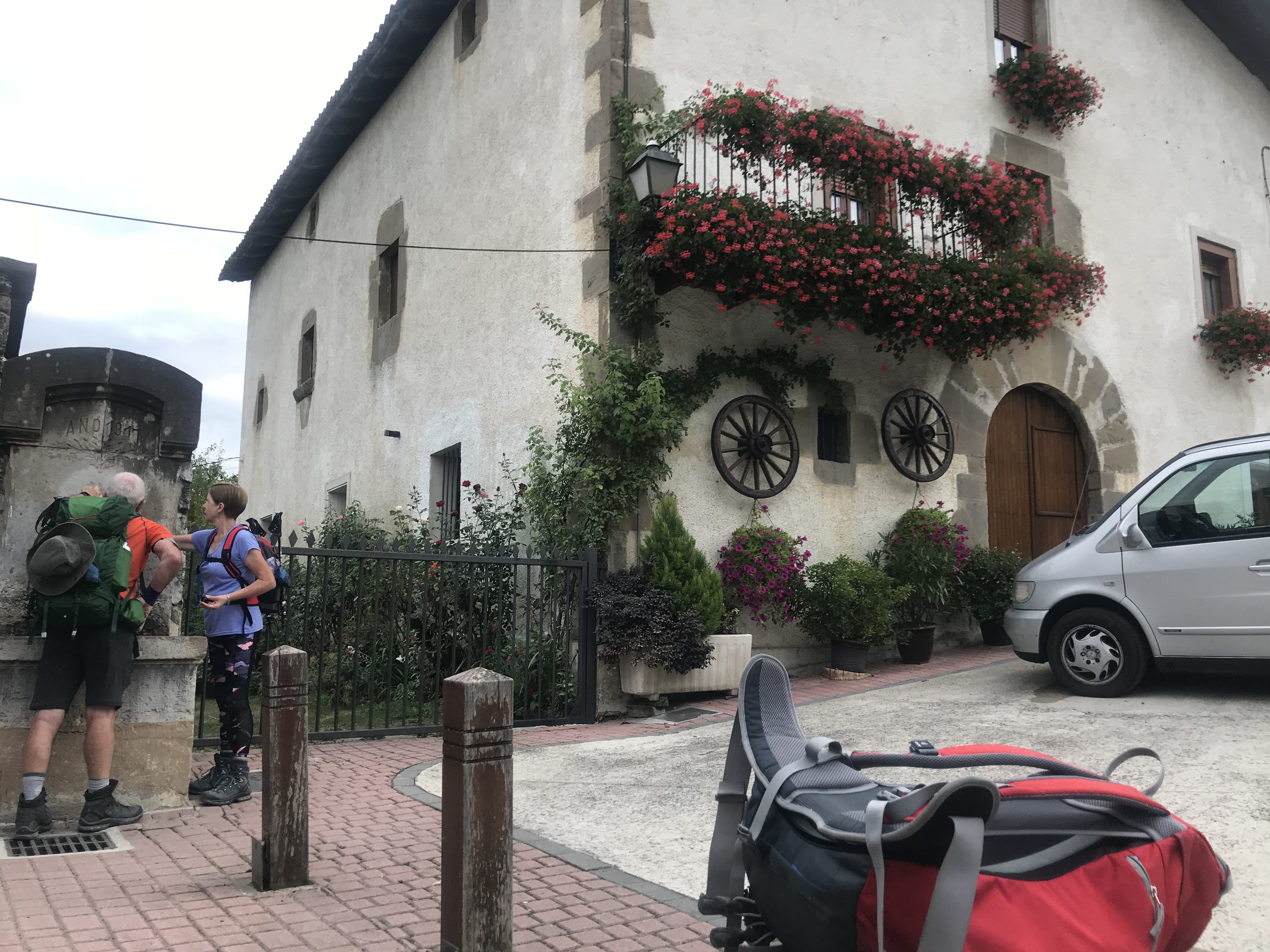 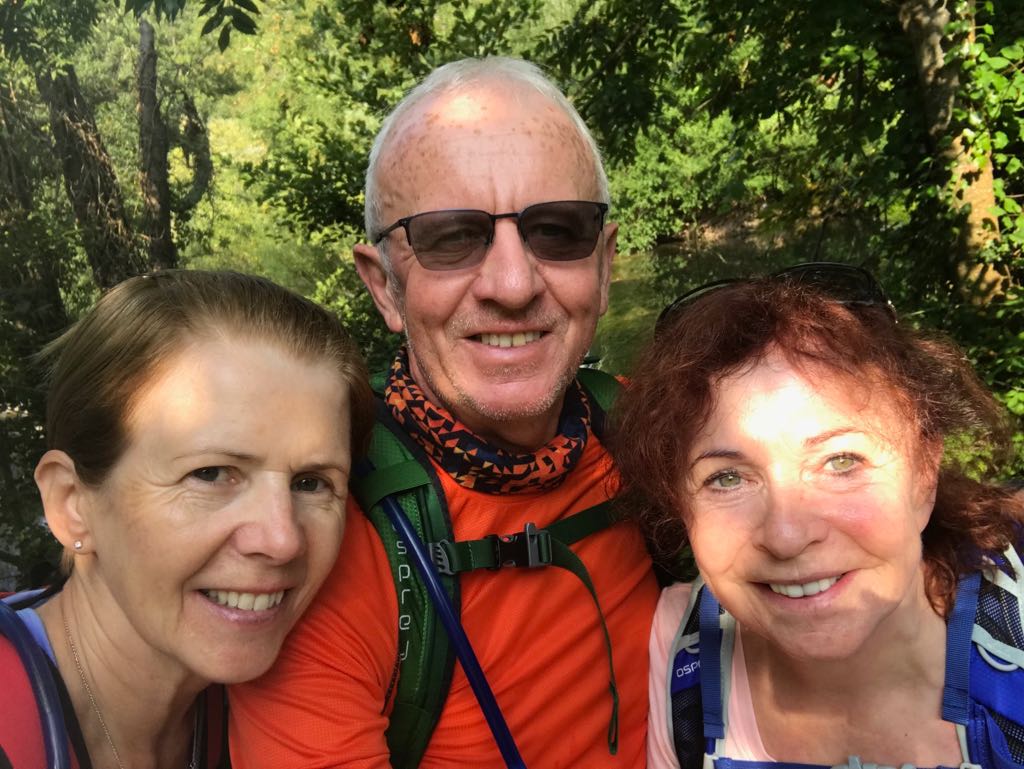 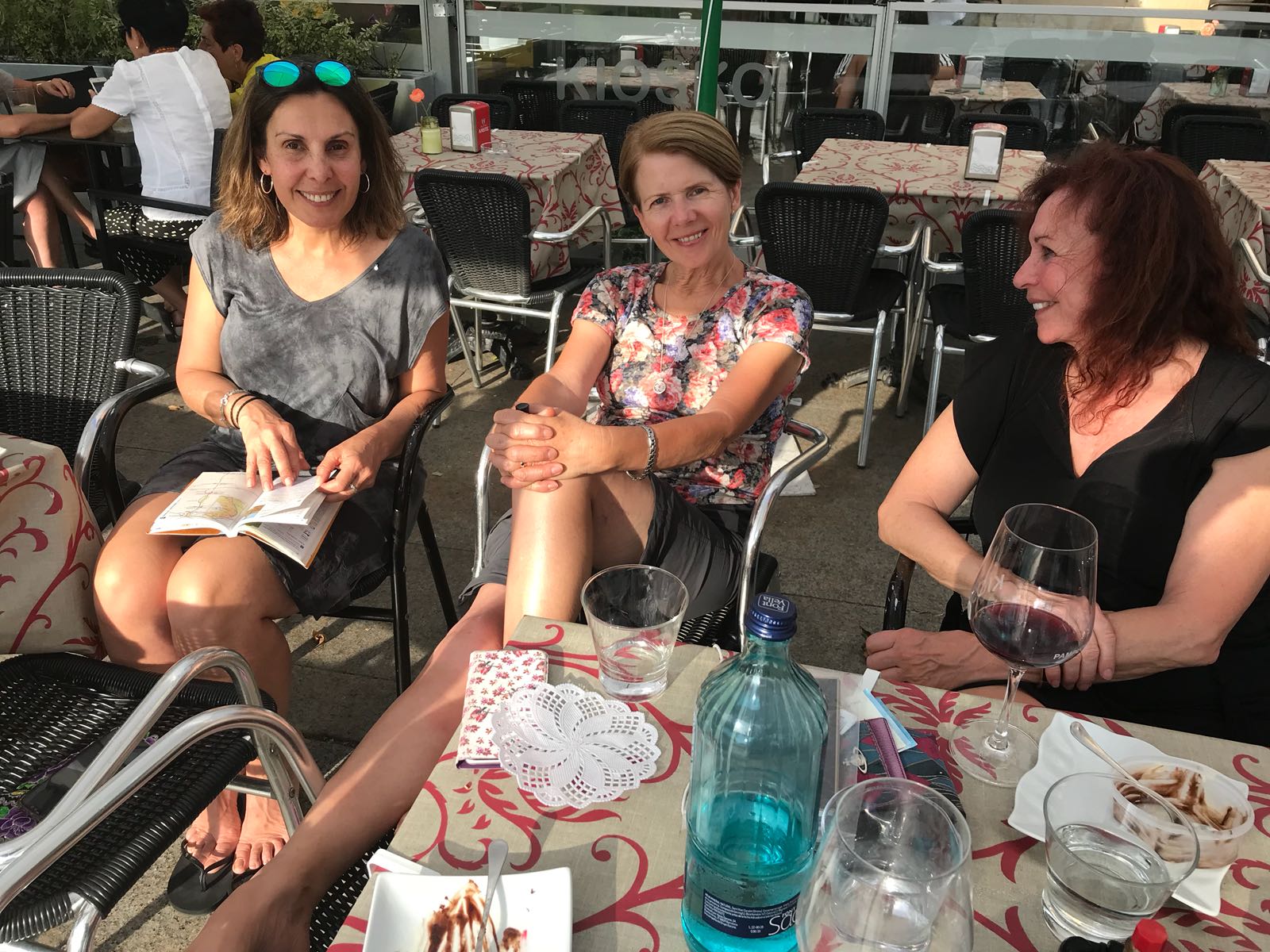 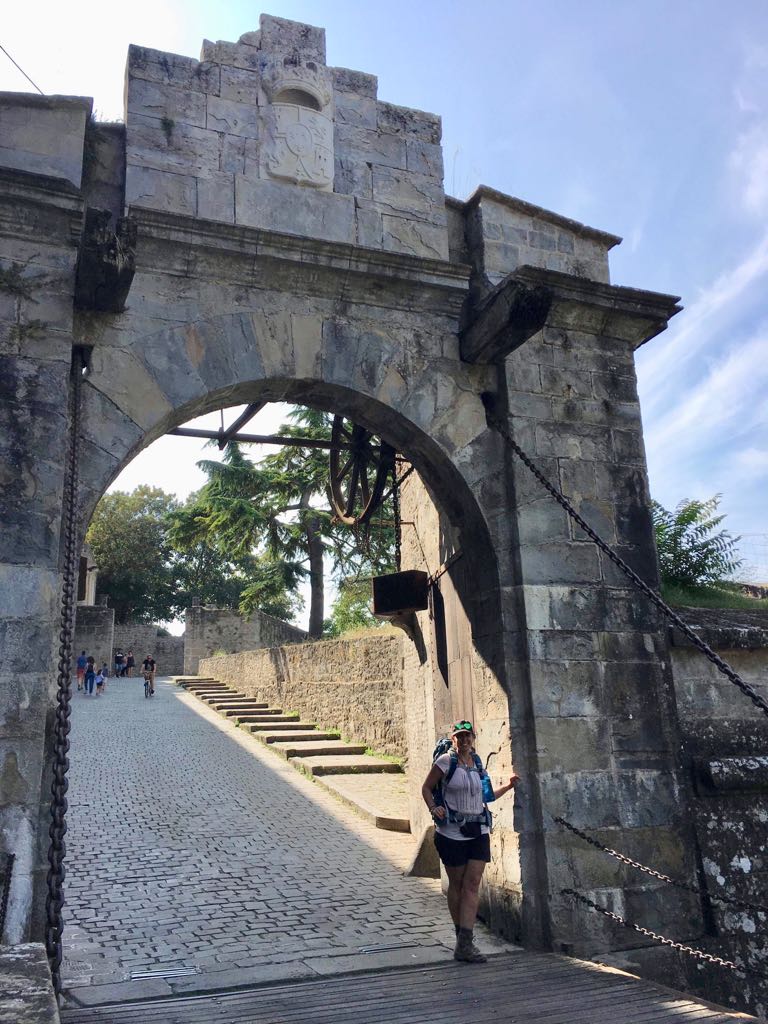 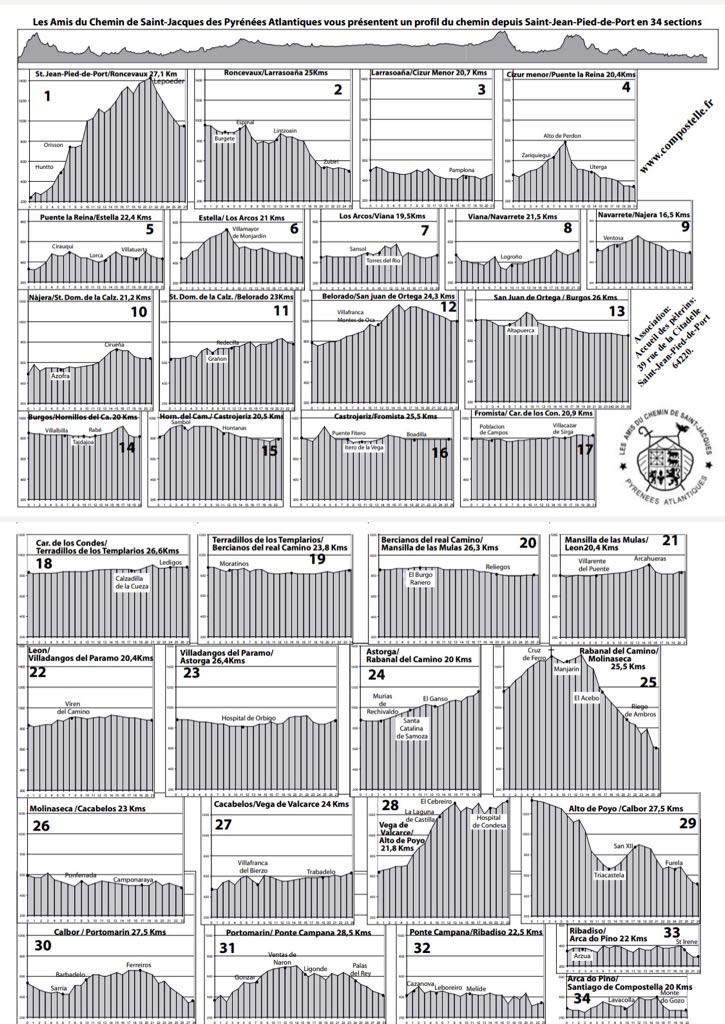 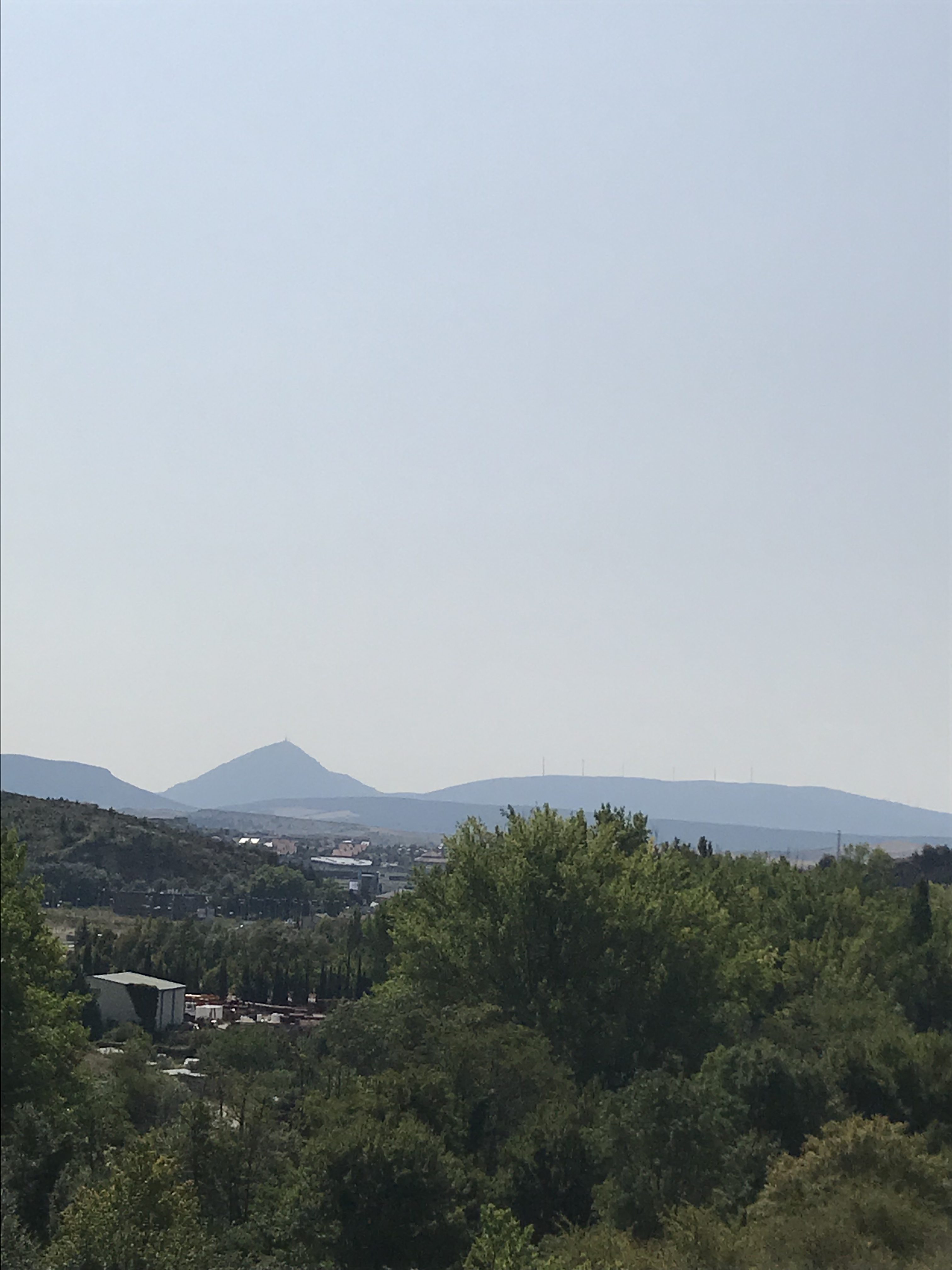 My simple alpine lodge on the edge of the tiny medieval bridge was my Zubiri home made sweeter by Juan who spoke no English, his Spanish I couldn’t understand but he was a master of sign language.

He shakes my hand and explains his breakfast which will be set out on the only table we are sitting at. I have to nod my approval for every line. Fruit juice, yes..toast, yes,..coffee, yes and so on.

….”Si,Si I say with a deep resonance. ..and he proceeds to draw the three elevations I have to make before the road flattens and takes me to the city…no less…of Pamplona.  Secretly I hope it isn’t the season for the Bull run.  I’d be mortified and want to save them.

Brakfast is almost hysterical as it is only set for 3 on the one and only table.  It was me, Lovely Laura from Sydney and French Canadian Michael…or Michel.  I took great care making my lunch time sandwich of all that is available…Serrano ham and cheese and proceed to leave it behind as I can see Paul waving at the window..I’m off…without lunch!!

I could write a lot about the scenery and this trek across the whole of Spain but what struck me was an incident.  I had met a man called Jan. I saw him at Roncevalles and knew he had Parkinson’s disease.  He was alone but how brave to walk this path that I am finding the hardest physical endurance test known to man.. It’s because its continuous. There  seems to be no end to the endurance.. I walk with Paul and Fiona and as we pass a fork in the stony path, I pass Jan, the Canadian man with Parkinson’s.  At first, I think he is on his knees as he is reading his manual??? How stupid can I be? I pass by and look back.  I’m not sure, I call out Jan, Signor…bien…est tout ca va?  He does not move his head. He is on all fours. The guys are ahead of me when Fiona turns round, we look at each other and decide to step back to ask him if he is ok.. Of course he has fallen, he can’t get up and his water is splayed all over the road.

“Paul,” I call, “We need to get him up”. His knee is gashed and bleeding..It sounds easy to say that you stop and help but its also very raw. You feel responsible. Can we really help, are we doing the right thing?  We ease him up and prop him on his sticks. I grab my unused medical kit…courtesy of American Francis from the big US store and find all sorts of sachets for dealing with wounds.  Paul does the honours and we hand him antiseptic wipes, bandages etc. We have no scissors so I bend down to tear the tape with my teeth.!!He is so grateful and shakes his appreciation.  He sets off and the minute he is in a walking pace…well its as though nothing was wrong….’Incroyable”

We arrive in Pamplona and walk for miles more. This place will never arrive but it does.  Street after street that I am not used to.

I think its more true to say that we fell into the hotel….where reception was UP a flight of steps…but it’s very elegant.

This time at breakfast I remembered my sandwich even though it was wrapped in my little tissues because the table was only set with linen embroidered napkins!! 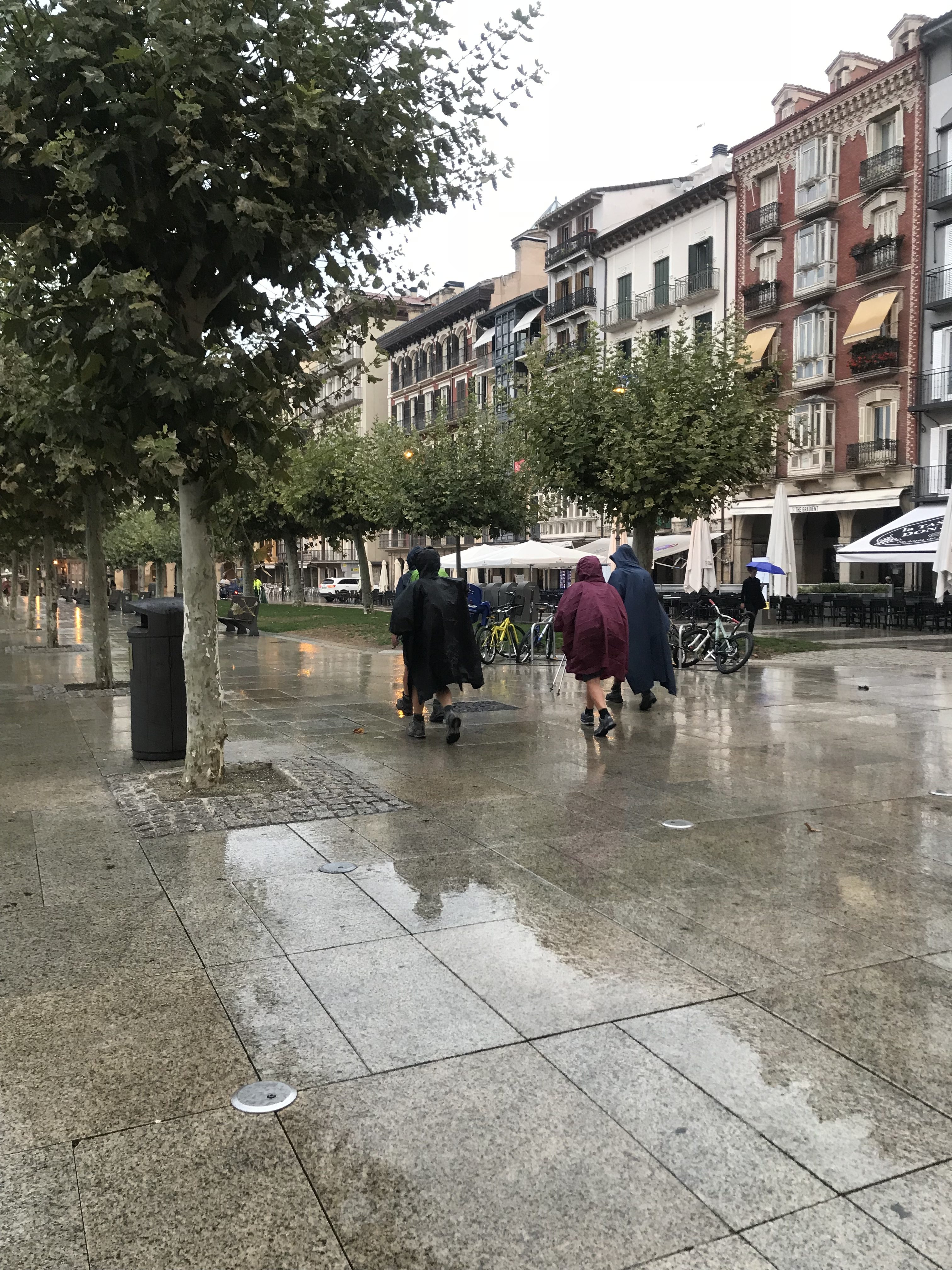 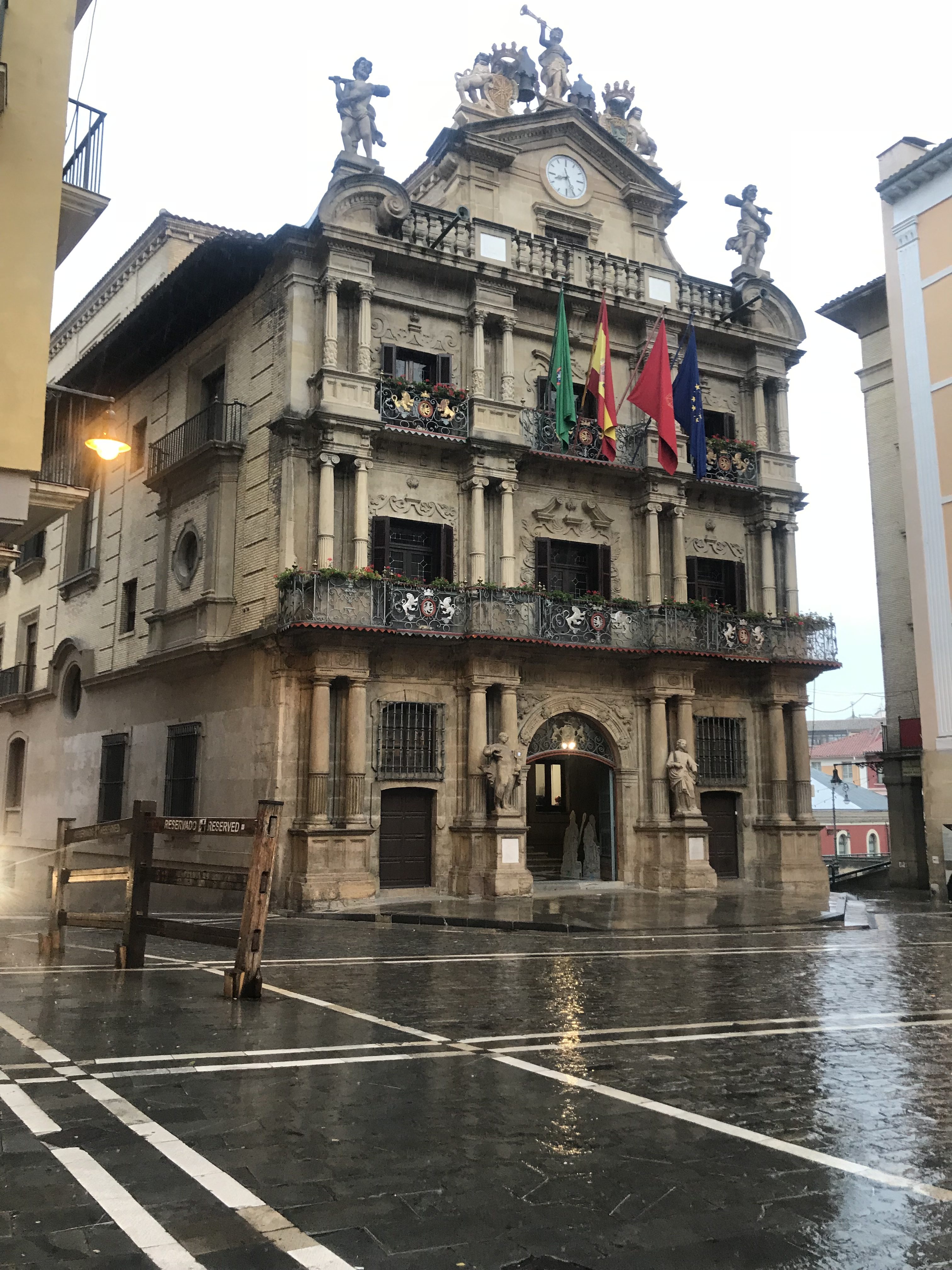